Friday midday and it was the first round of the Masters F eights. The crew of Dave, Tony, Steve, Peter, Andy, Andy, Mike, Paul and cox Fergus lined up on the start with the National Champions Reading in the opposing lane. The eight fancied their chances and were blistering fast off the start but after just 15 strokes due to an over steer to avoid the booms the crew shot across the course and clashed with the Reading eight.  The clash was so severe that both eights ground to a halt and the umpire had no choice but to disqualify the Nottingham crew.  Reading went on to win the event.

The Women’s Masters C coxed four of Lou, Cassie, Helen and Gurli coxed by Rachel drew Marlow their long standing rivals in their first race. Despite a plucky effort they lost by a length. Marlow also went on to win the event.

The Masters E coxed four of Andy, Andy, Mike and Paul coxed by Fergus drew Monmouth in their semi final. The race was a real humdinger with Monmouth establishing an early lead of a length. Nottingham reduced the lead to a quarter of a length by the 750 metres mark but Monmouth found extra pace in the final 250 metres to win by just under a length. The Monmouth Crew went on to lose to Potmac from the USA in the final. 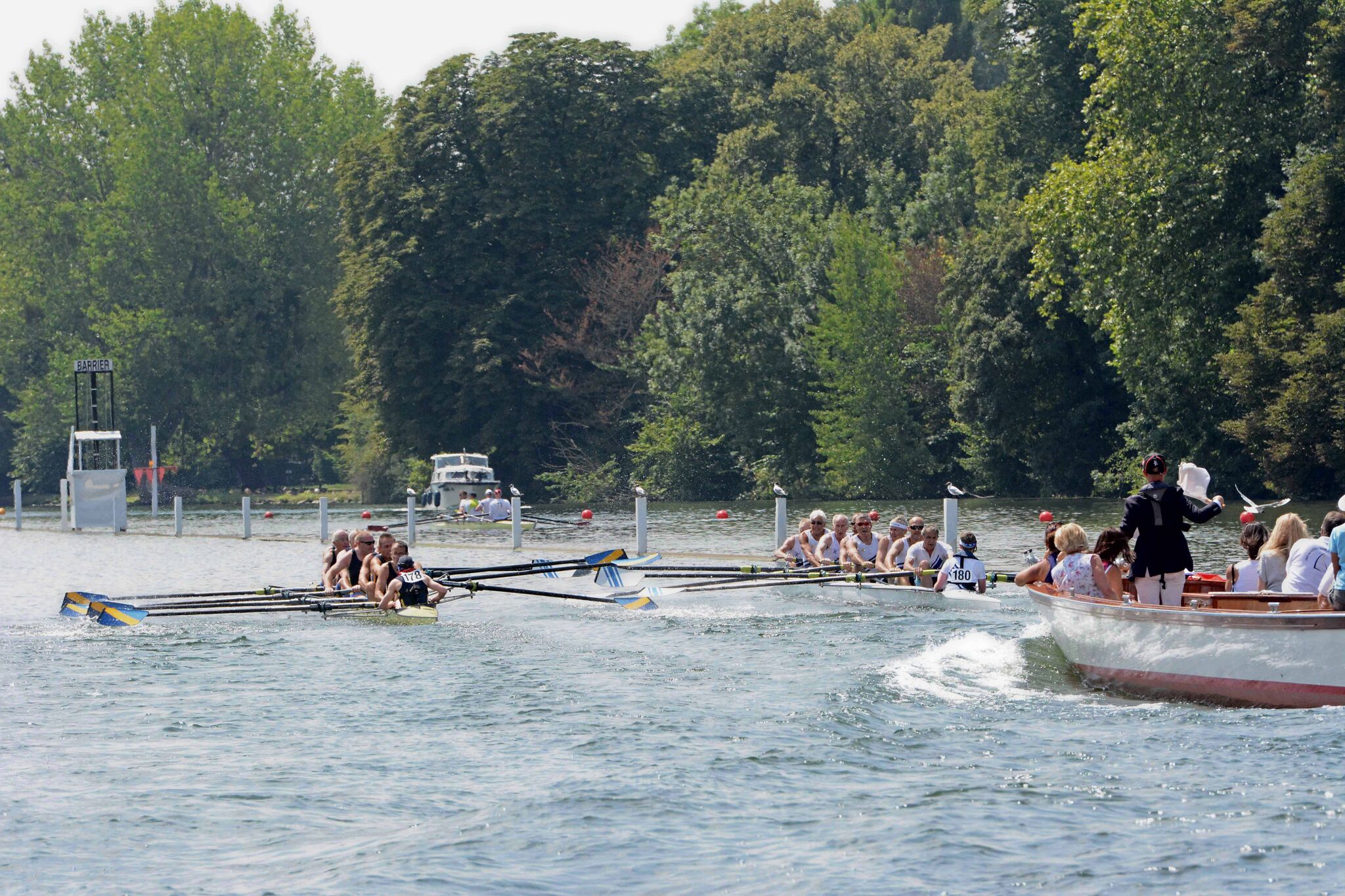 Pots for Juniors at Burton Regatta
Scroll to top