It was hot, in fact is was very hot and not really very conducive to hard physical work. The sun shine was relentless, the standard of the competition at Henley Royal Regatta was equally hot and there were some very impressive performances.

Anna Thornton of Nottingham Rowing Club and her partner Charlotte Hodgkins-Byrne won the Stoner Challenge Trophy for Women’s double sculls. In the final they powered away from the lightweight double from Exeter University and broke the records to the Barrier and Fawley set by the New Zealand double last year who became World Champions later in the year. The win makes Anna the first Nottingham woman to win at Henley Royal Regatta. She and her partner are part of the Under 23 Quadruple sculls that won world gold last year. Their performance was very mature and bodes well for the up and coming Under 23 World Championships.

Matt Haywood stroked the quadruple scull in the Prince of Wales Challenge Trophy and made it to the final where they were beaten by AASR Skoll crew from Holland. The final was a close affair and the Dutch crew could not shake off the British boat as there was overlapped the whole way down the course. The winning time of 6 minutes 24 seconds was only 3 seconds slower than the record set by Leander crew earlier in the week.

Kyra Edwards was in the Princess Grace Challenge Trophy for Women’s quadruple sculls that lost to the eventual winners in the semi finals. Her crew is part of the under 23 squad and like Anna she has returned from the USA to report for international duties for Great Britain.

The club had two Wyfold fours entered and both qualified for the main regatta. Unfortunately the draw was not kind to them and both crews lost in the first round on Wednesday. The times they recorded suggest that both boats were of similar speed. With another years training side by side ought to see an improvement in speed. 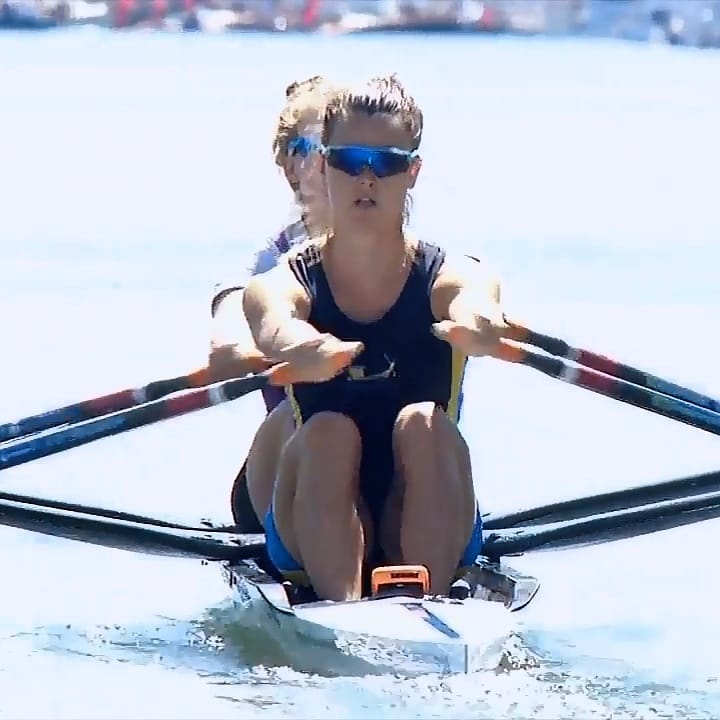 Trials and Tribulations at Henley Masters
Scroll to top