Whilst some club members were enjoying the rugby at the Cardiff Millennium Stadium Tony Lorrimer was busy just down the road at the Cardiff Bay Water Activity Centre take part in the Welsh Indoor National Rowing Championships. He entered both lightweight, were he is the current title and record holder, and heavyweight divisions in the over 70 age group. There were opponents in both divisions. He was the favourite for the lightweight event but not the heavyweight division, especially as the heavyweight race was 15 minutes after the lightweight race.

The first race started well enough as he took an early lead but then he allowed his opponent to pass him and at the halfway mark he was 17 metres down. He then proceeded to chase his opponent down. Catching him with 250 metres to go and finally winning the race by 6 seconds. As he said he could have done without that! A brisk walk around the gym and he was back for the heavyweight race but his opponent failed to show meaning he could show boat his row. As he said he got a medal for being alive!

The event was well run as usual and the rowers had the advantage off seeing the big screen which shows all 22 rowers in each race. There is more than one category per race and as Tony discovered when you are the oldest and the smallest you get spat out the back. However, several well wishers congratulated him on wanting to race despite his age.

Next year he has two titles to defend! 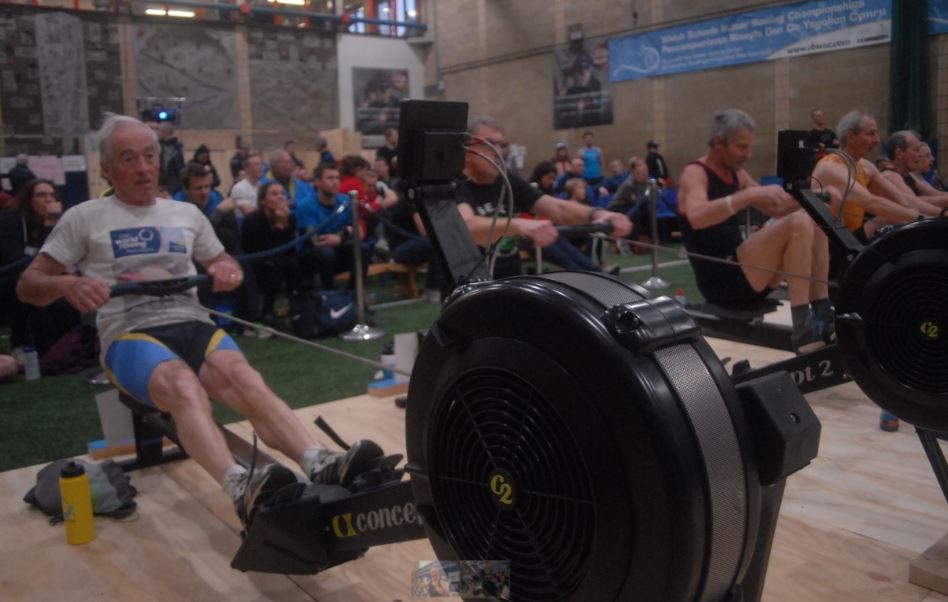 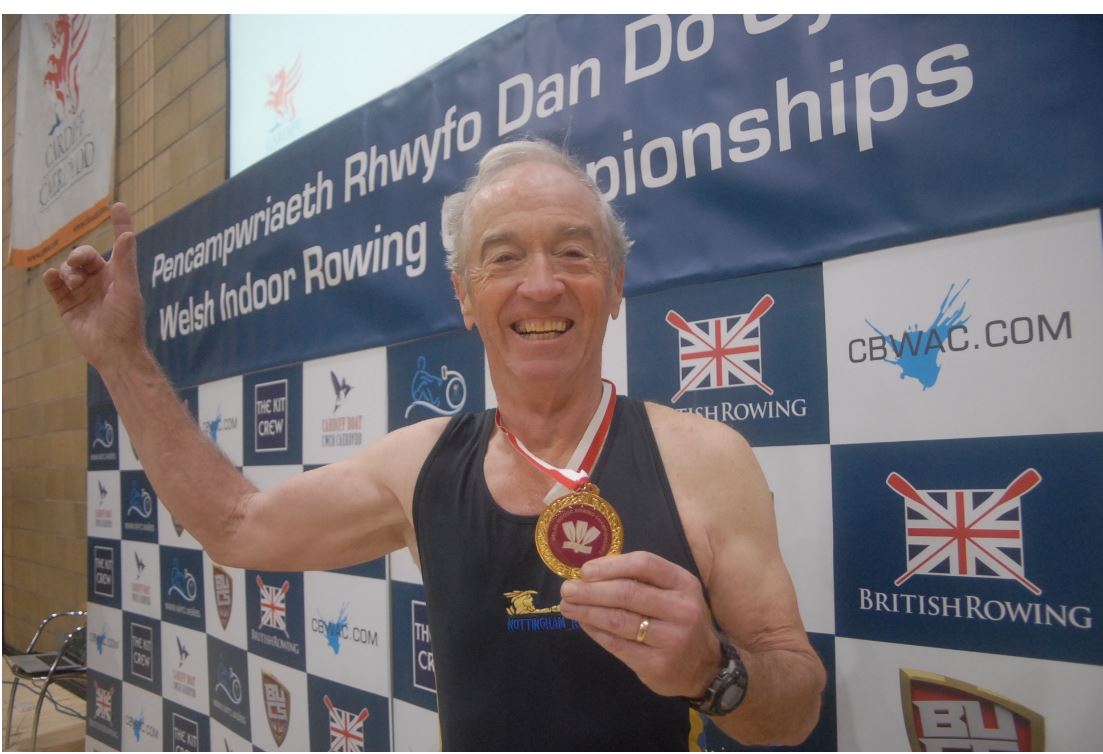