On the 12 and 13 July the Masters took to the iconic Henley course for the the last of the major Henley events.  The Masters race from Temple Island and finish 1000 metres upstream at Upper Thames Rowing club who host the event. The conditions were good with a cross tail wind making for some fast times.

Bill Payne from Nottingham Rowing Club was the oldest competitor at 86 years of age. Over the years he has amassed 17 Henley gold medals, the last one being in 2011. On Saturday he added a further 2 to this total comfortably beating Mr Gibb of Melbourne Rowing Club, Australia in his Single Scull in a time of 5 minutes 6 seconds. Bill took his second gold in a composite crew in the quadruple sculls against another composite crew of Fanu Roklubb/Melbourne/San Diego winning by 2 lengths in a time of 4 minutes 10 seconds. 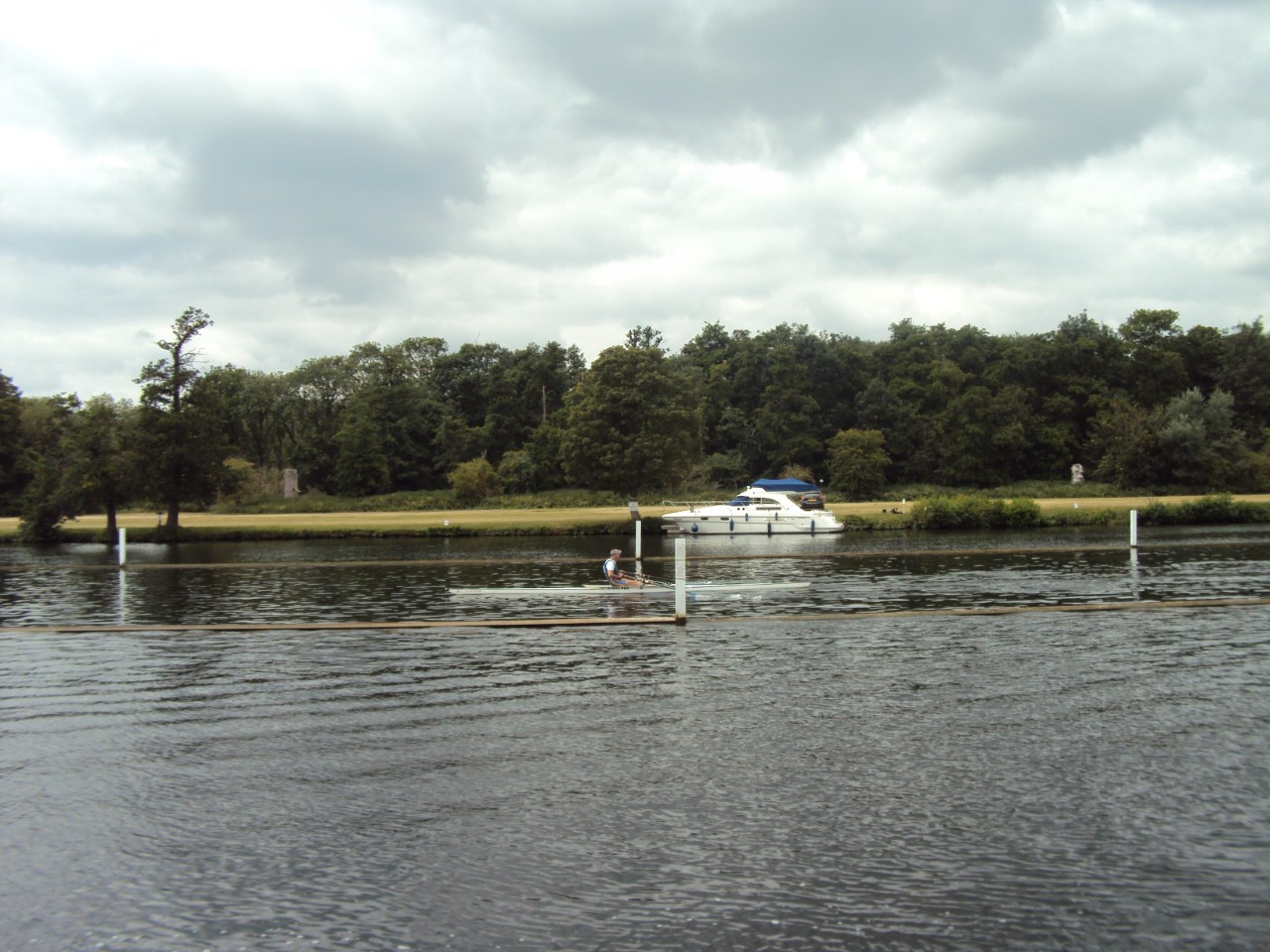 The Masters G squad of Dave Wregg, Tony Lorrimer, Steve Cuthbert and Peter Stasiuk entered Quadruple sculls and Coxless fours. 2 days before racing the crew were struck with injury and Steve had to pull out but all was not last as Kevin Titterton came to the rescue despite there being no chance of an outing. After a horrendous journey down to Henley 3 of the crew and the boat arrived in the trailer park just 50 minutes before the start of their quadruple Sculls campaign. It was a quick dash to the start after the steering fell apart and had to be mended and to make matters worse the crew had drawn the Tees crew that had beaten them at the Nationals by over 20 seconds. Despite a great start the Nottingham crew found themselves down by ½ length in the first 200 metres and the Tees crew stretched their lead to win by 3 1/3 lengths in a time of 3 minutes 43 seconds.  Tees  went on to win the event by 1 ½ lengths.  In the Coxless four the same crew drew the local crew of Upper Thames, in the semi-final.  The crew again attacked the start and gained ¾ length after 250 metres taking great pleasure in leading the local crew in front of the Upper Thames Boathouse and winning in a time of 3 Minutes 51 seconds. In the final they were up against the unknown crew of San Diego Rowing Club who had been given a bye. The Nottingham crew stuck to the same race plan and found themselves leading by a length after 250 metres. Despite attempts from the American crew to push back they didn’t give up their 1 length advantage taking gold in a time of 3 minutes 54 seconds. It was a first Henley win for all four members of the crew.

Henley Masters Regatta marked the end of the Henley campaign completing a full house of gold medals across all three regattas. 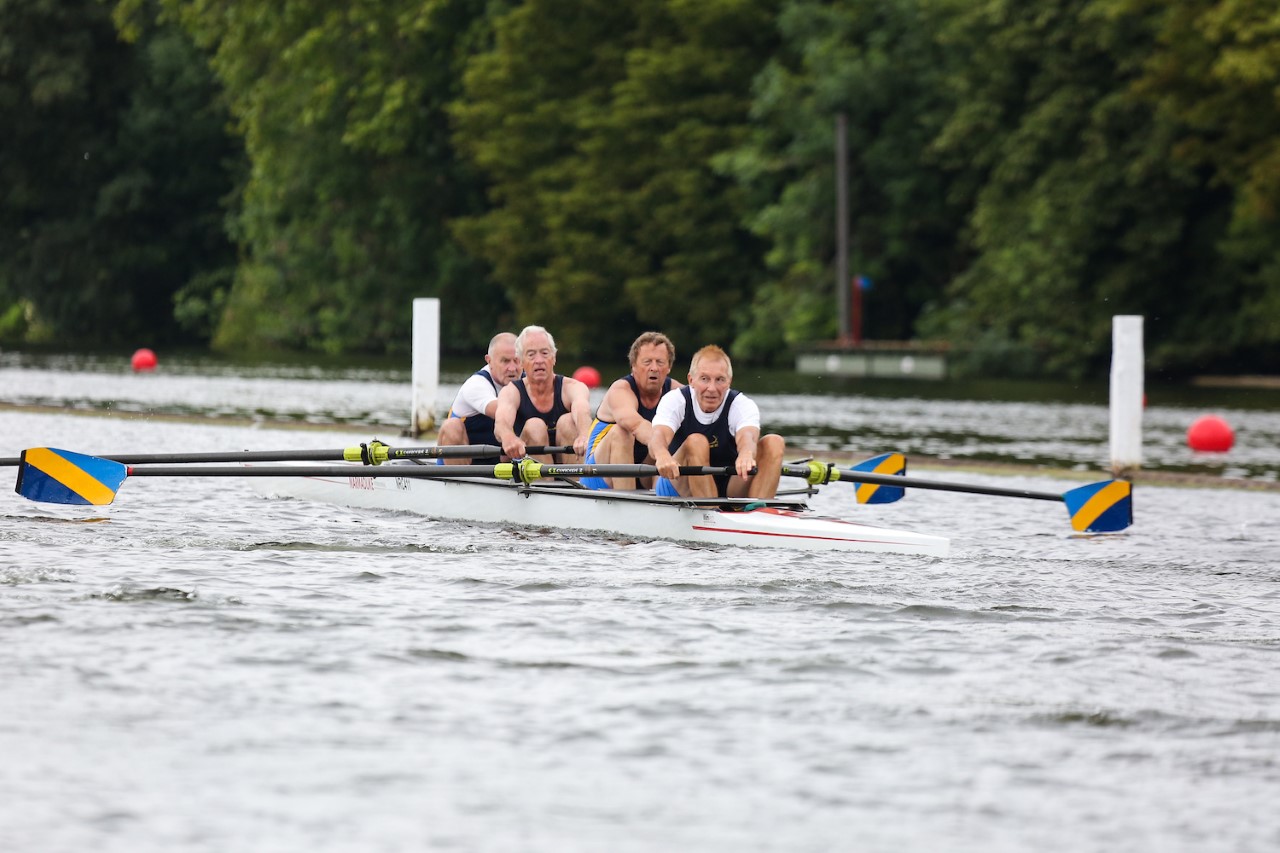